Dominic Chambers: Like the Shapes of Clouds on Water

The exhibition title, Like the Shapes of Clouds on Water, is taken from a short story about double-consciousness written by Dominic Chambers. The main character, named David, is a figment of another person’s imagination. David embarks on a journey of self-actualization that takes him to the Atlantic Ocean. While looking out on the horizon, David sees his ancestors rise from the sea and declares: “they dance like clouds on water.”

Inspired by magical realism and Color Field painting, Chambers’ work foregrounds Black figures in moments of contemplation and leisure, and portrays real people inhabiting mythical dreamscapes. Chambers also makes use of the concept of the veil as described by W.E.B. Du Bois in The Souls of Black Folks. In Chambers’ paintings, the veil simultaneously serves as a means of deception and protection.

His most recent series, titled After Albers, is inspired by the work of abstract painter and theorist Josef Albers. In the Interaction of Color, Albers argues that the juxtaposition of colors can radically influence one’s perception of them. Chambers embraces this idea and uses color theory to investigate the psychological conditions of Blackness.

The vibrant and buoyant subjects in Chambers’ world are self-actualized individuals with agency over their own bodies. By freeing these figures from the burdens that society has imposed on them, Chambers radically reimagines what it means to be Black.

Dominic Chambers (b. 1993) is a visual artist based in New Haven, Connecticut. Chambers creates large scale paintings and drawings that reference literary narratives cited in books, various mythologies, and African-American history. Specifically, working through color field paintings, his current work is invested in exploring moments of contemplation and meditation through reading and leisure. 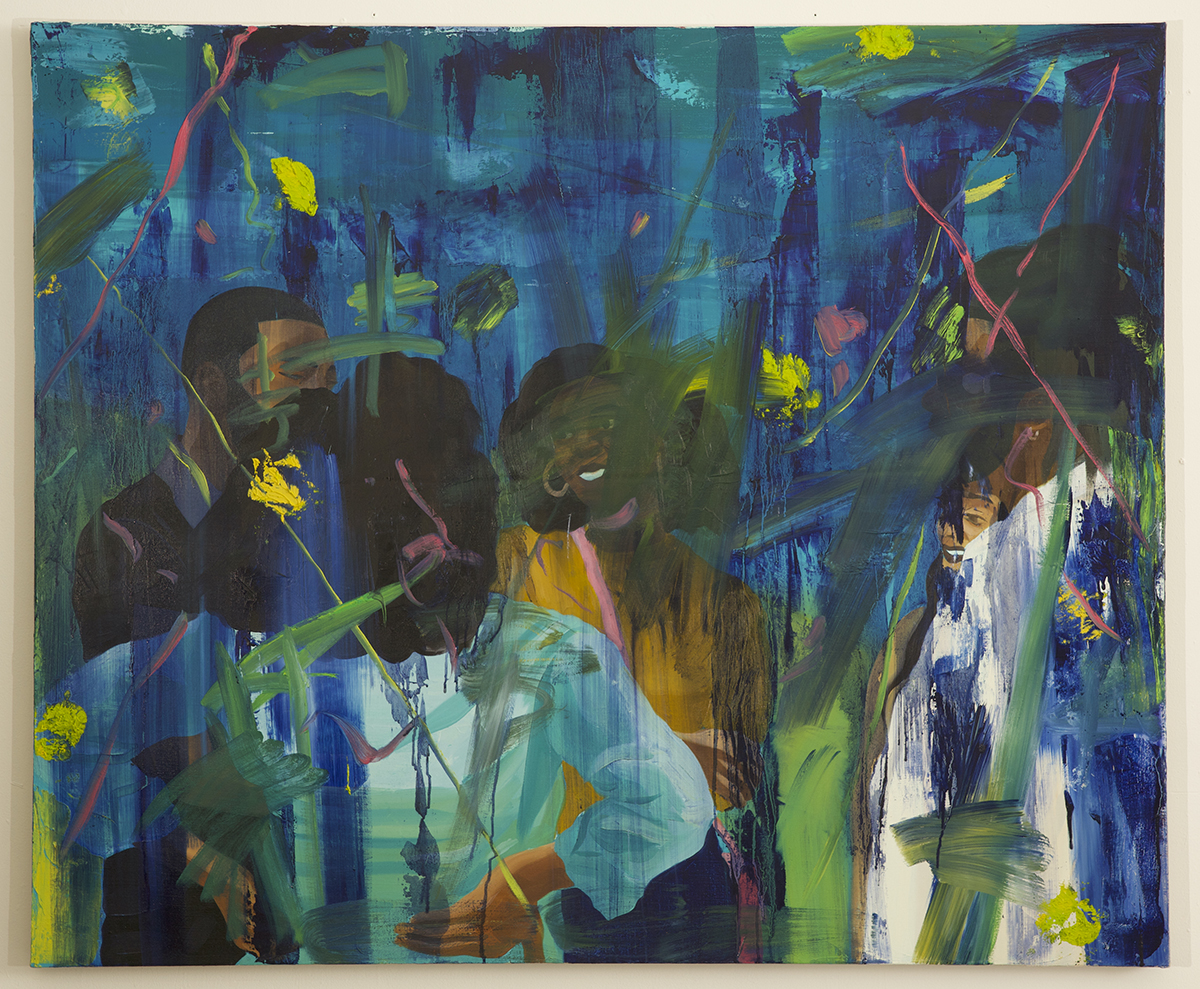 Joy Through Our Veil 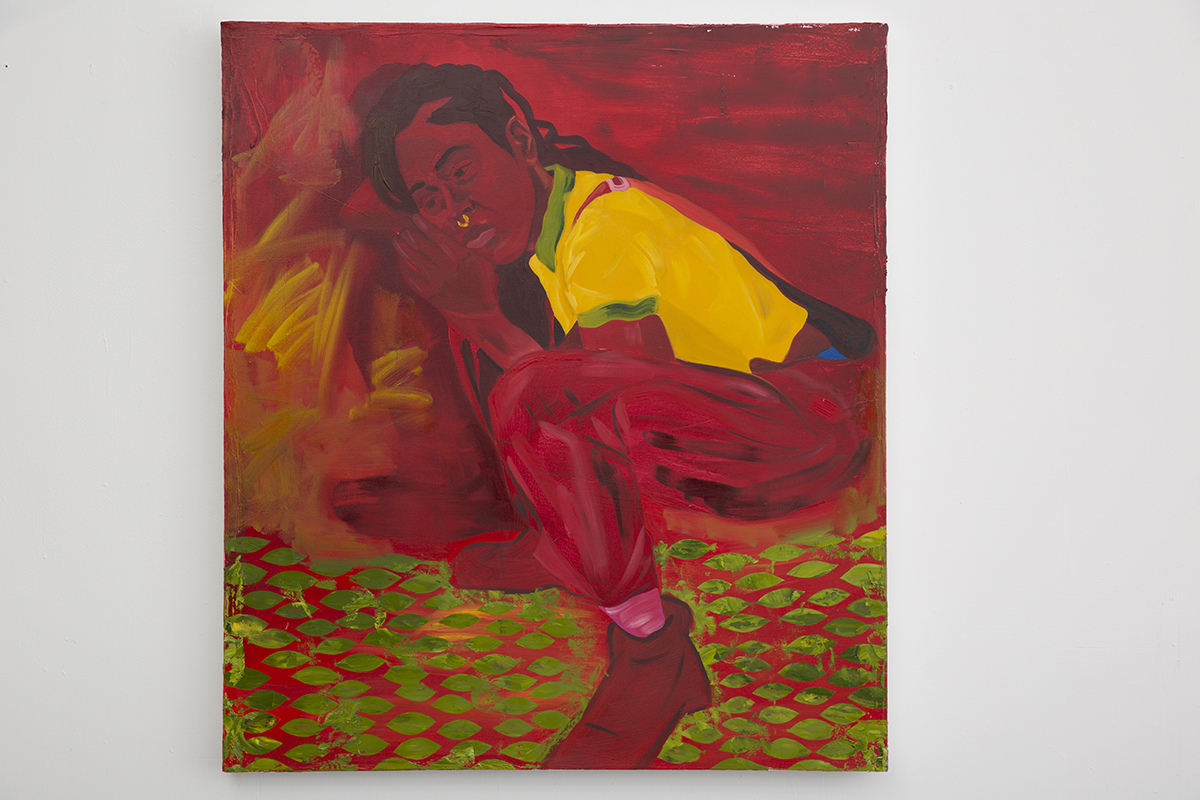 Portrait of the Artist (Study) 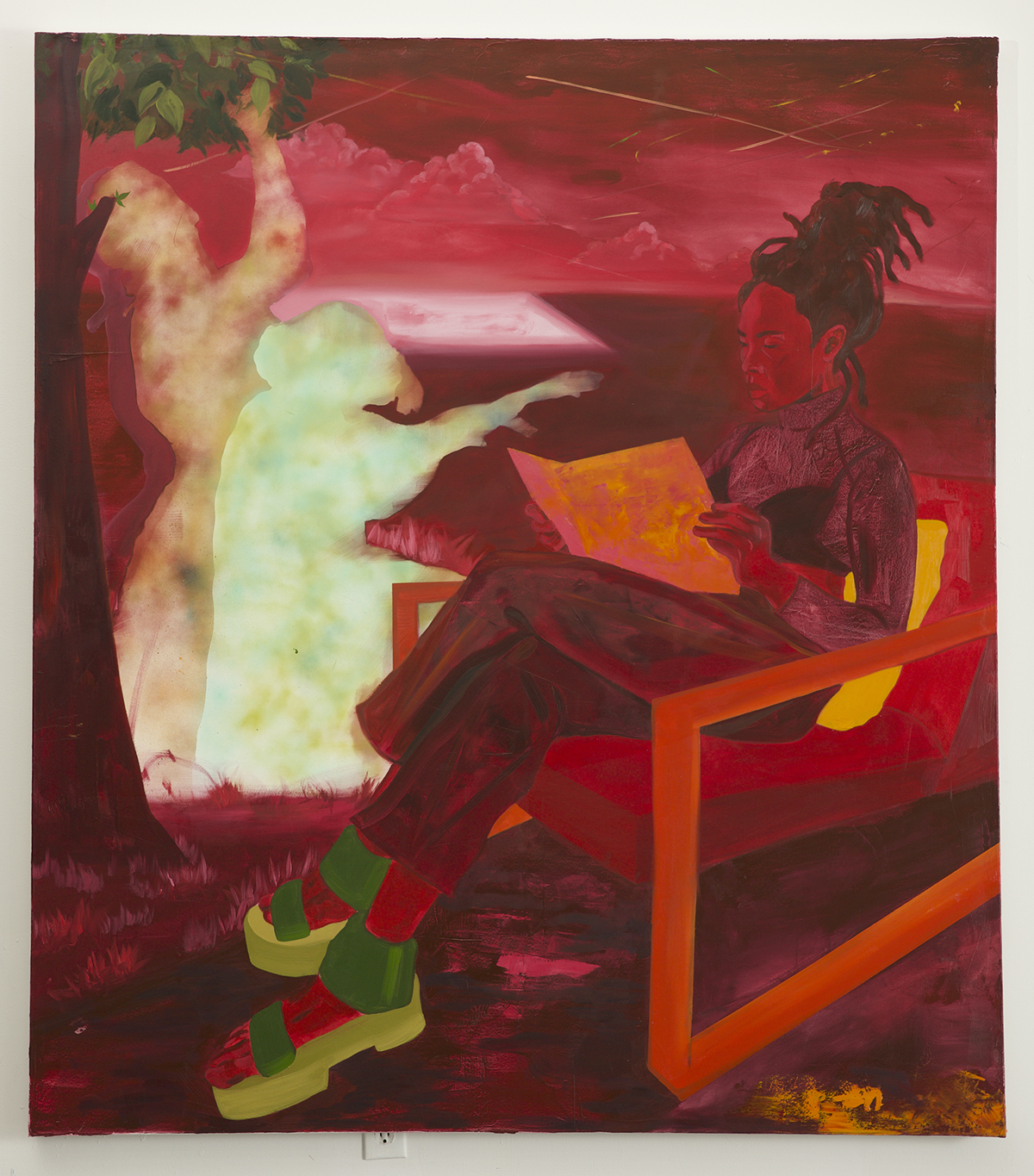 Dark and Beautiful (Catherine in Black) 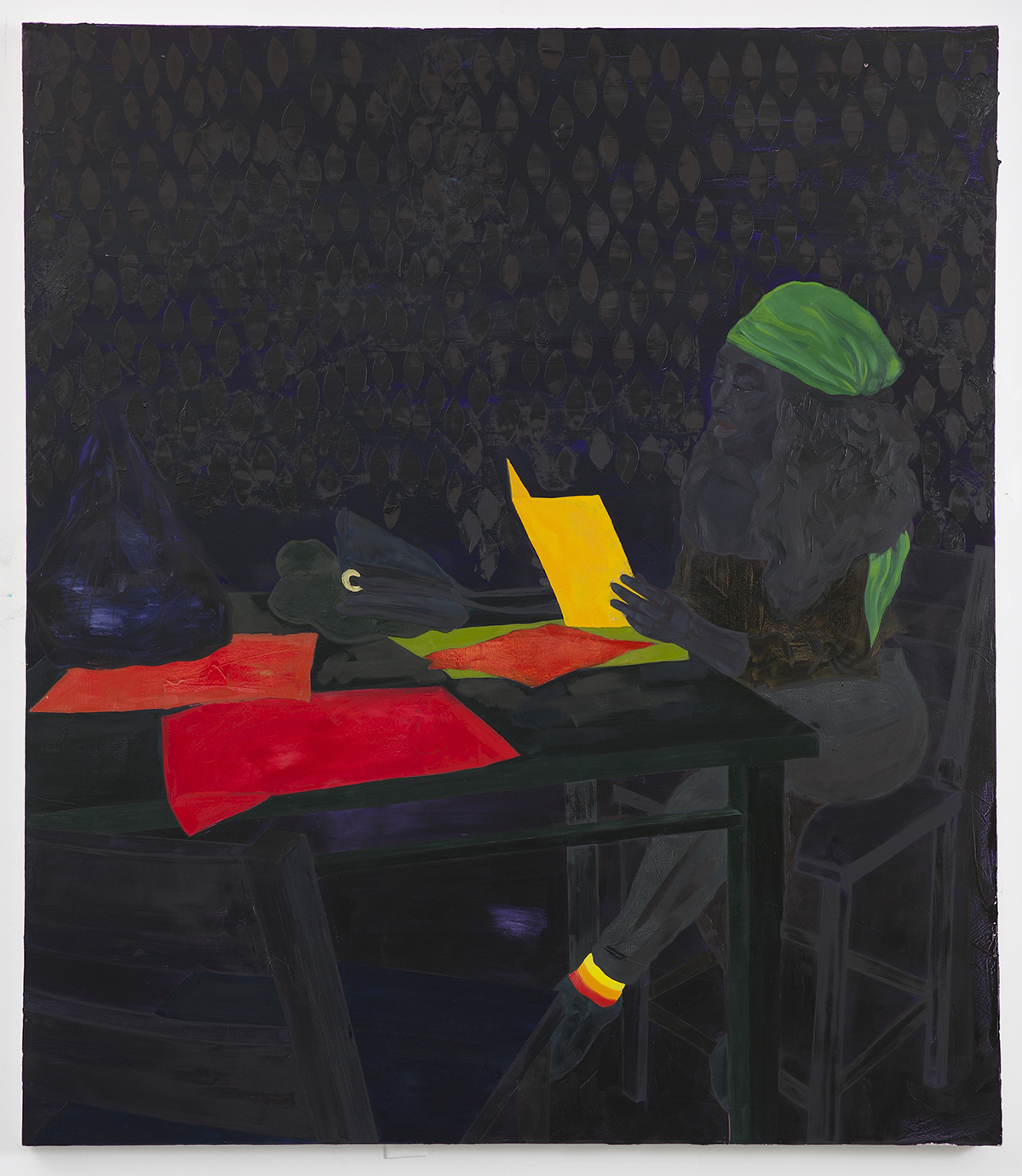 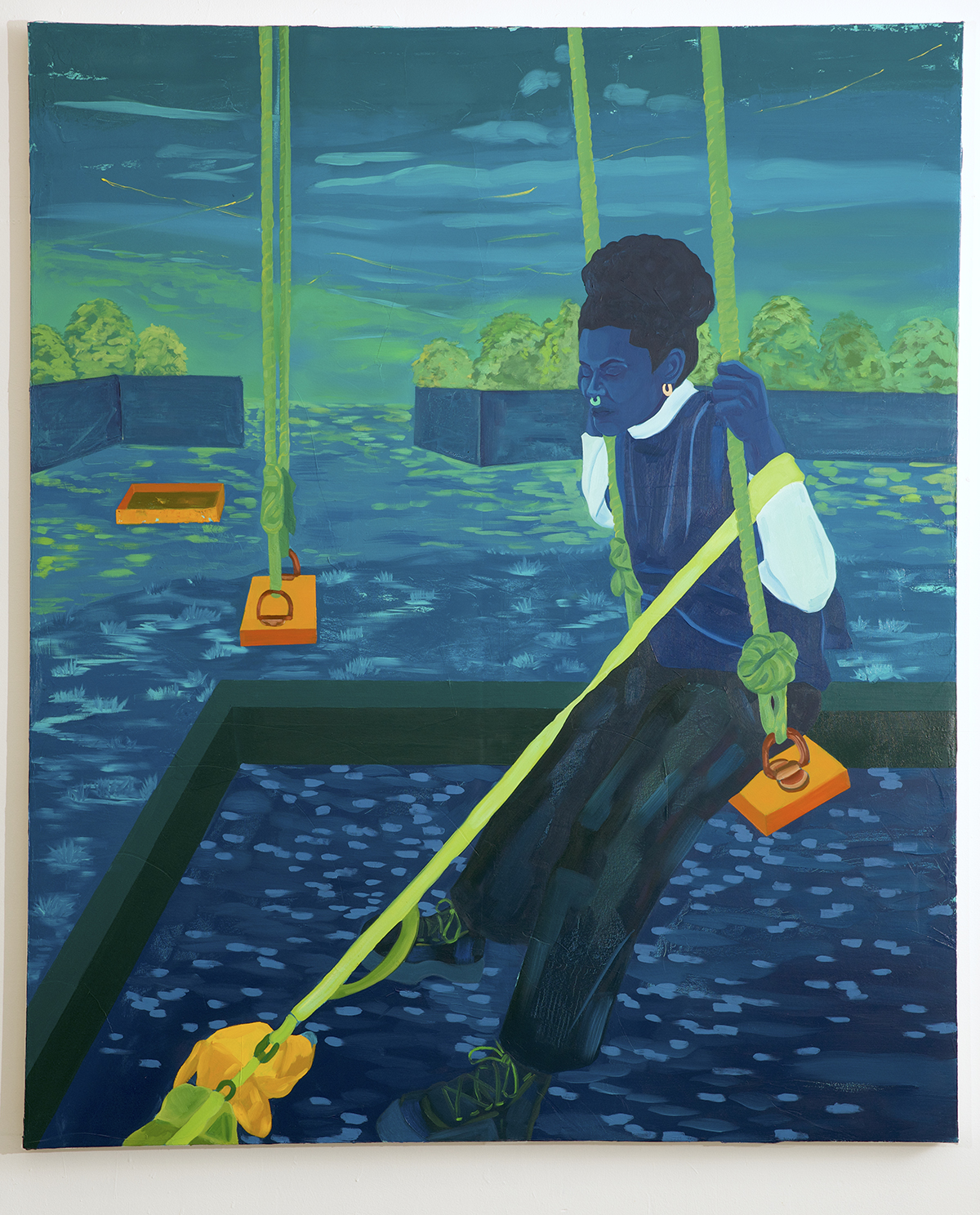 After Albers (Amani in Red) 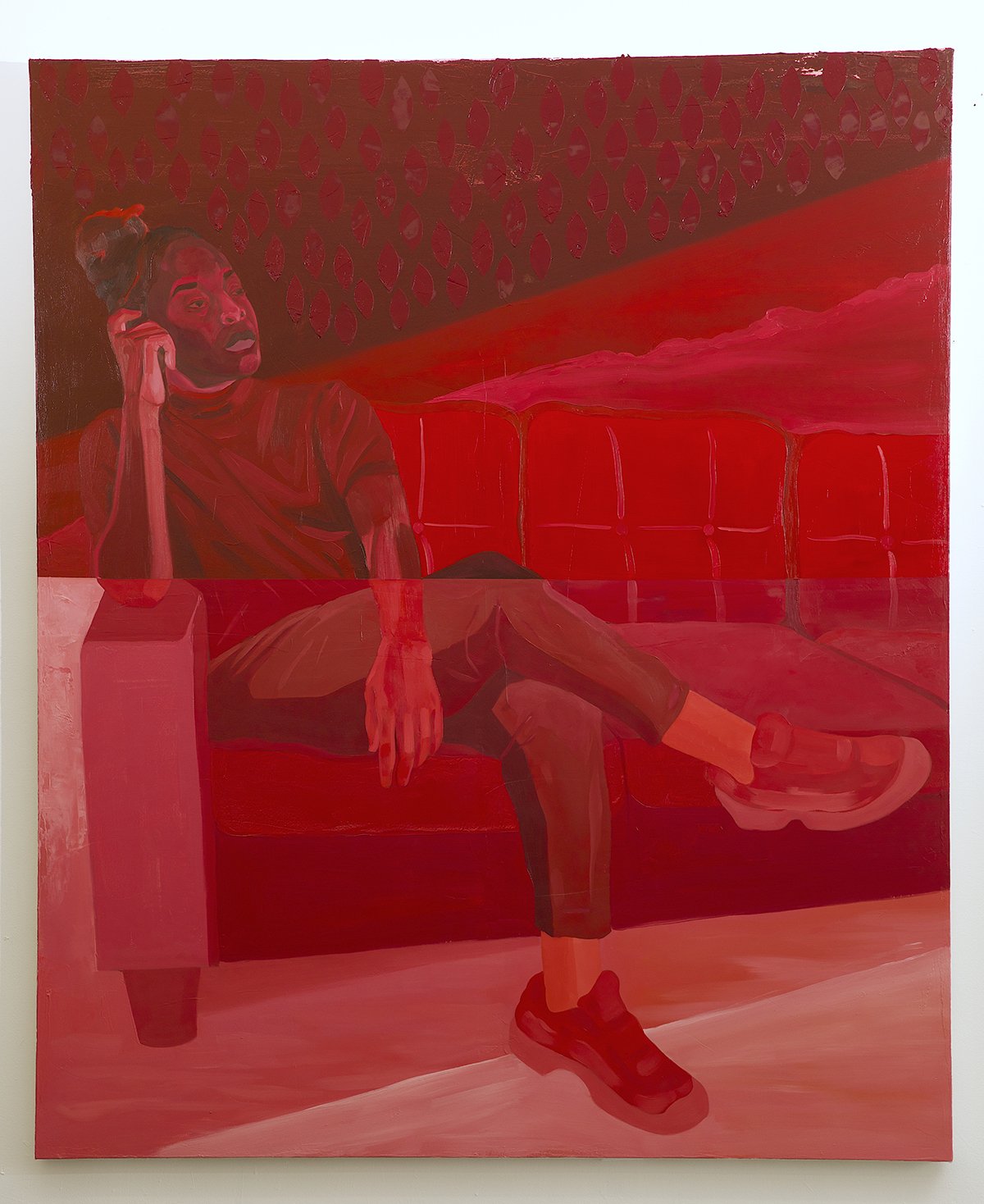 A Dream From Me

When the Rain Doesn't Say Much 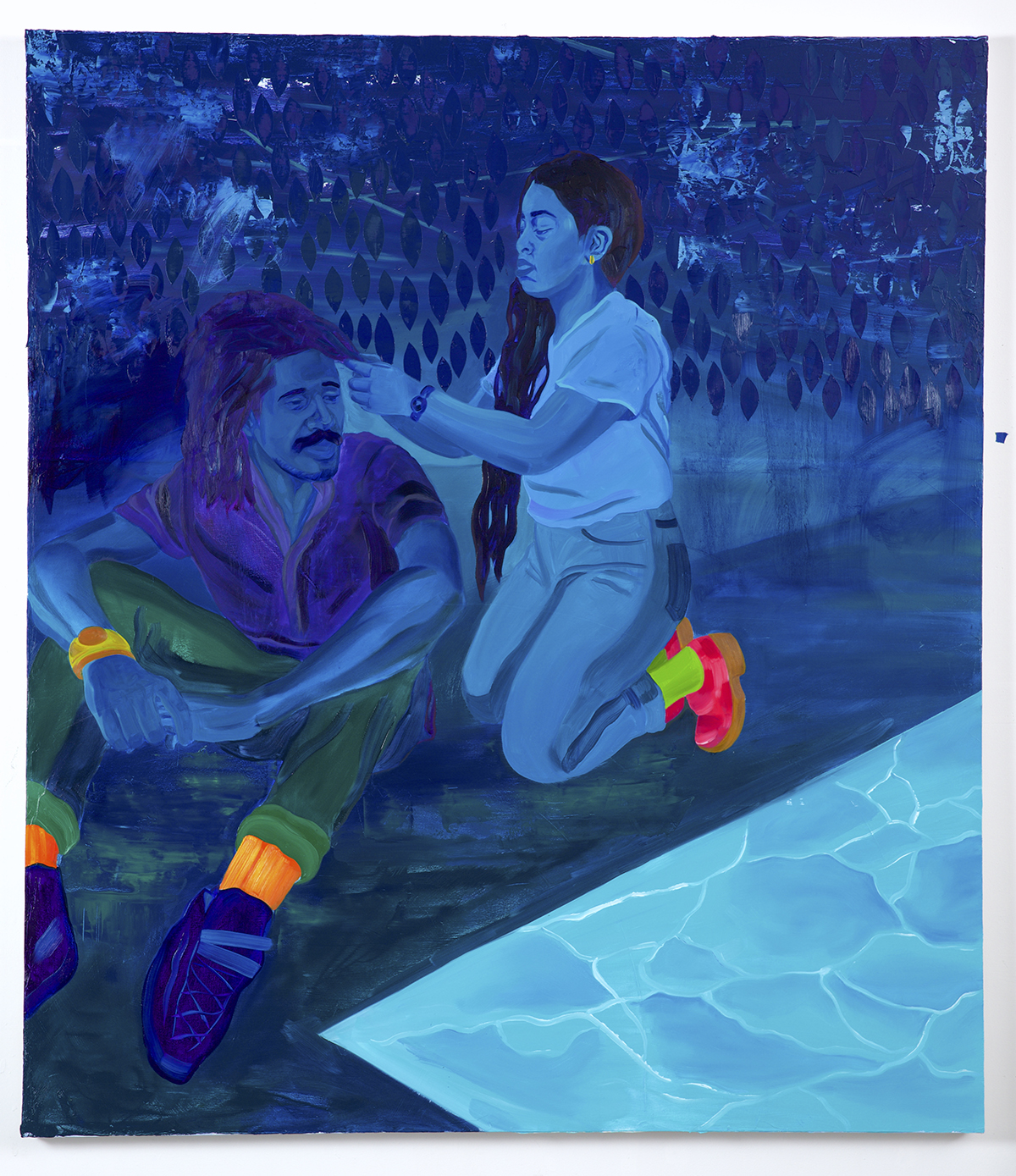 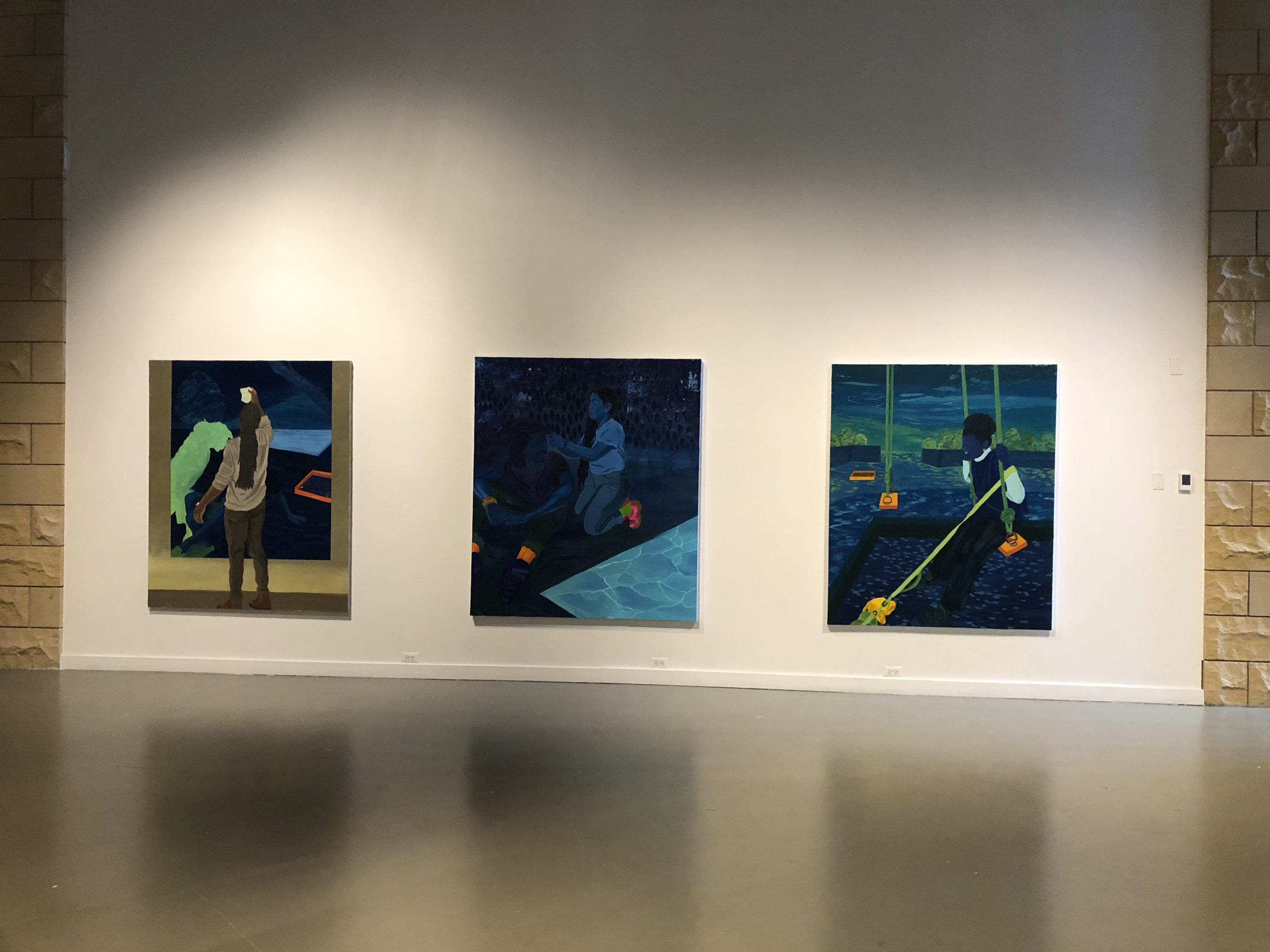 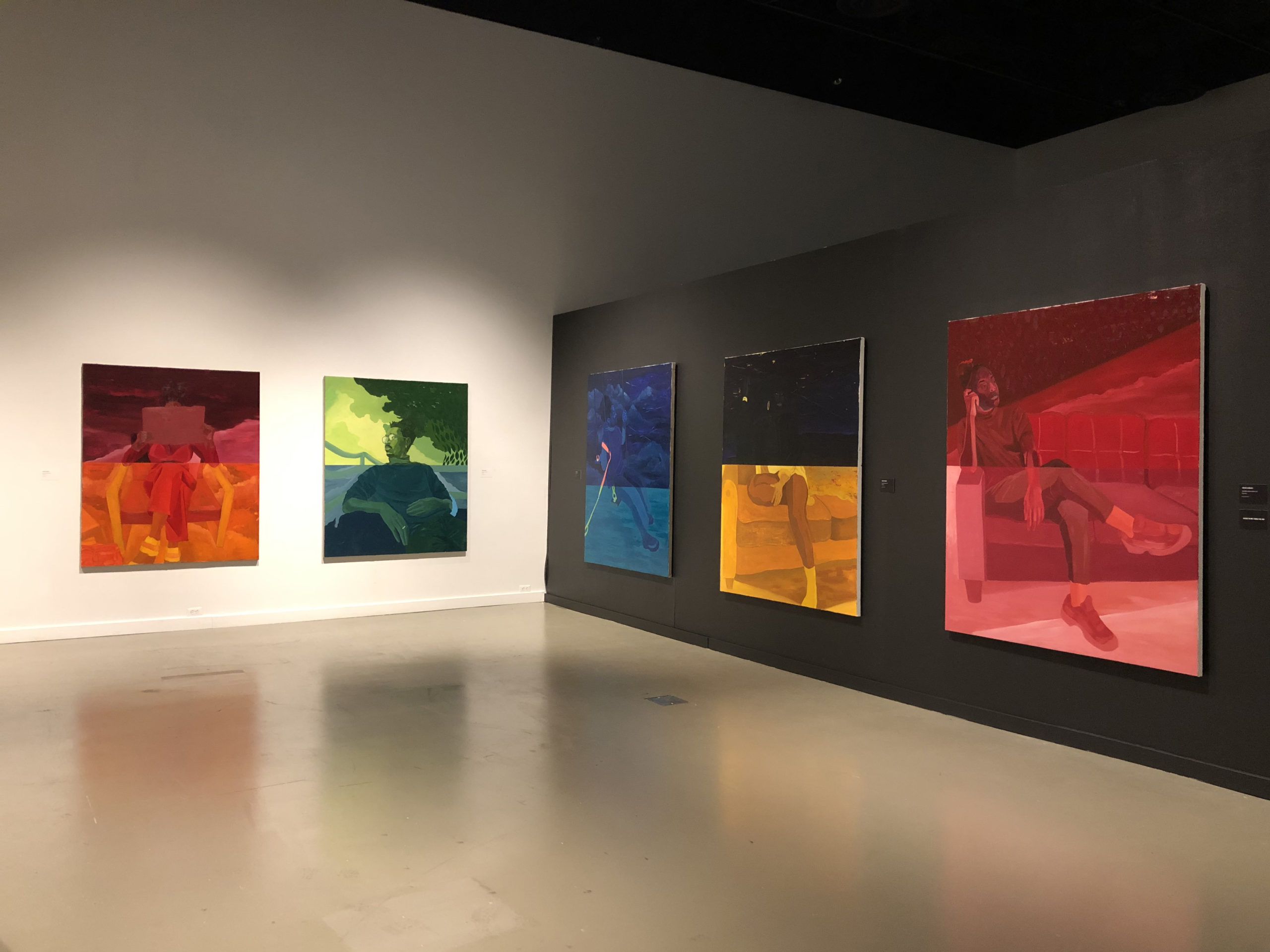 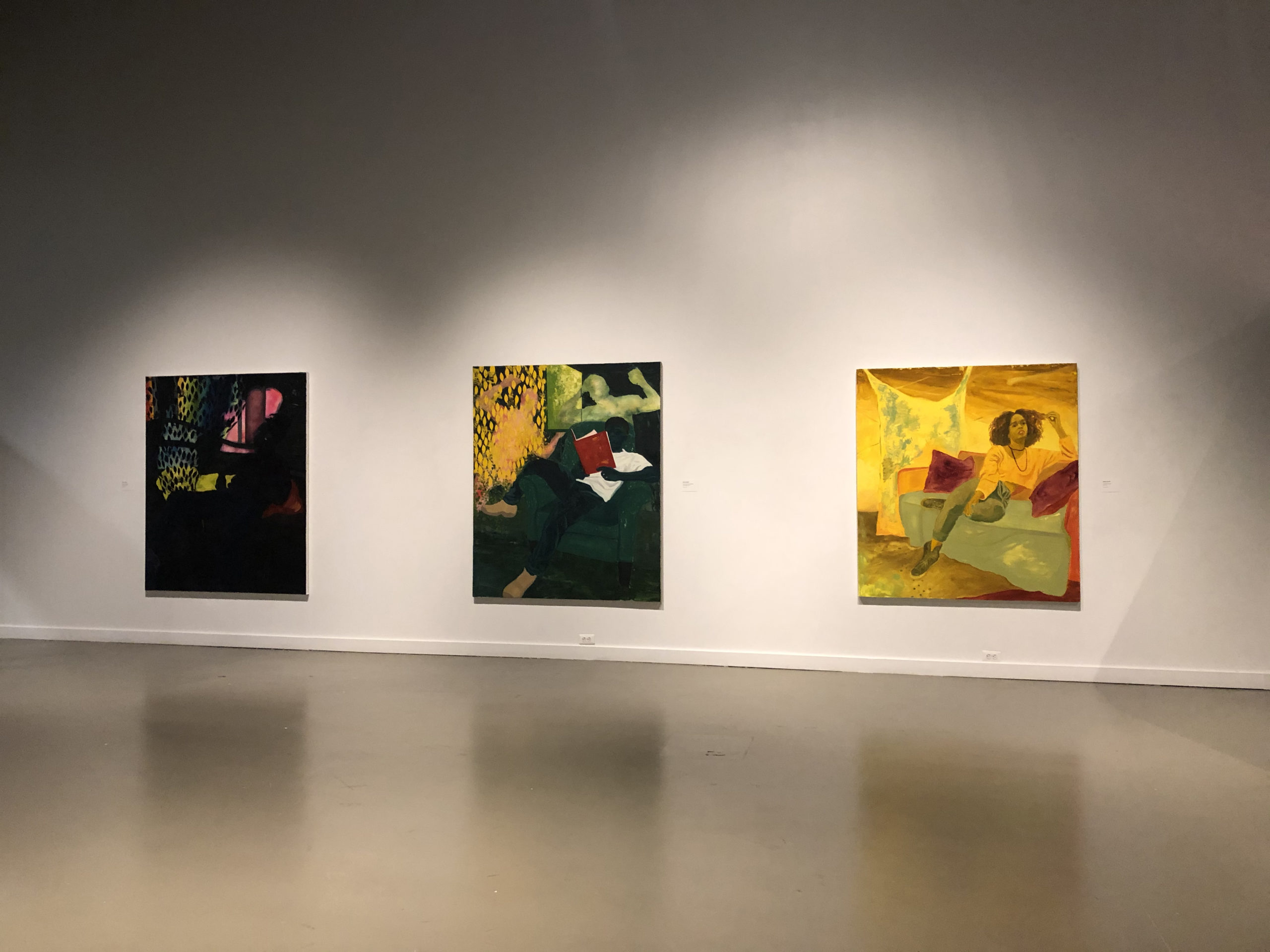 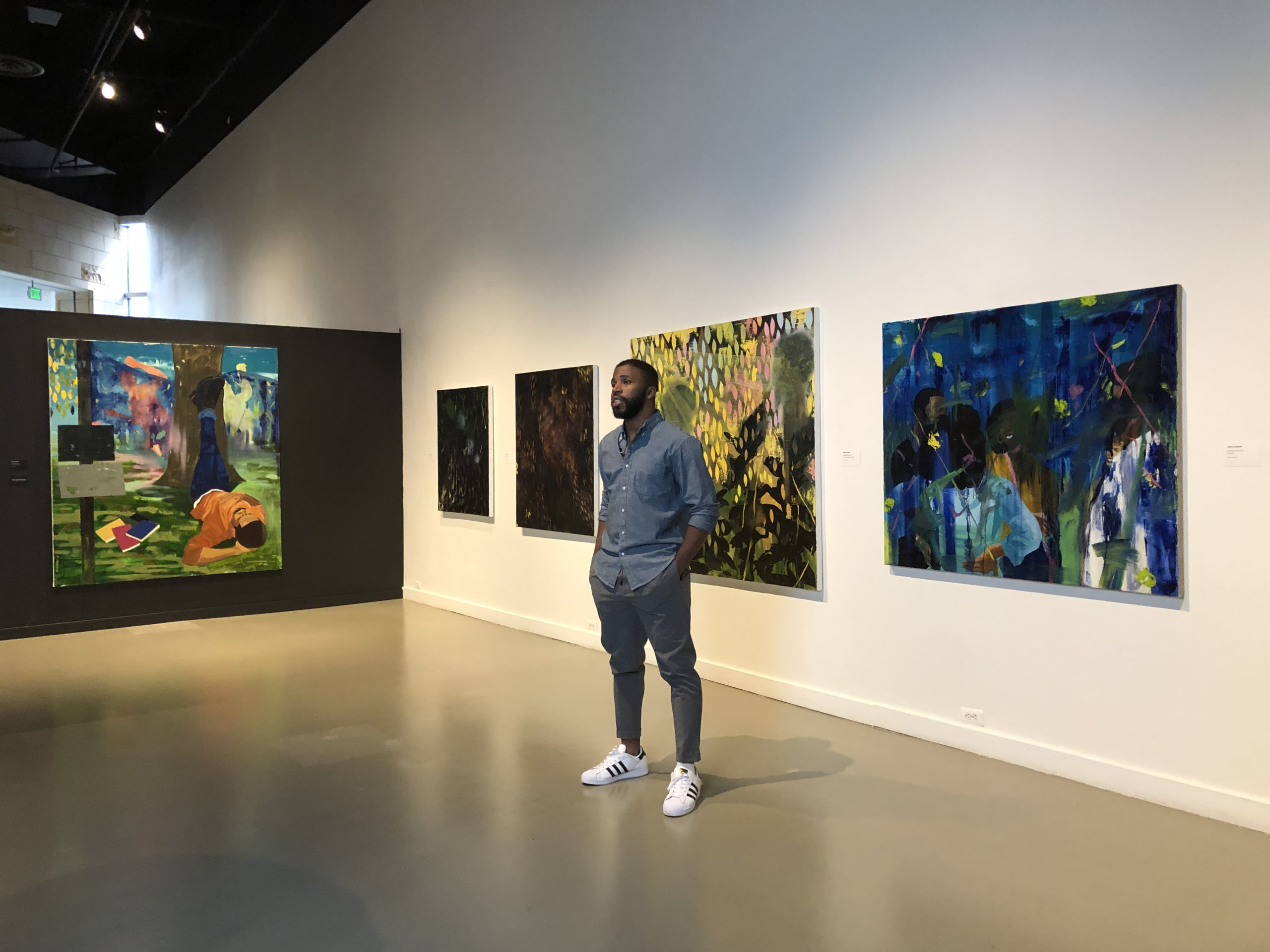